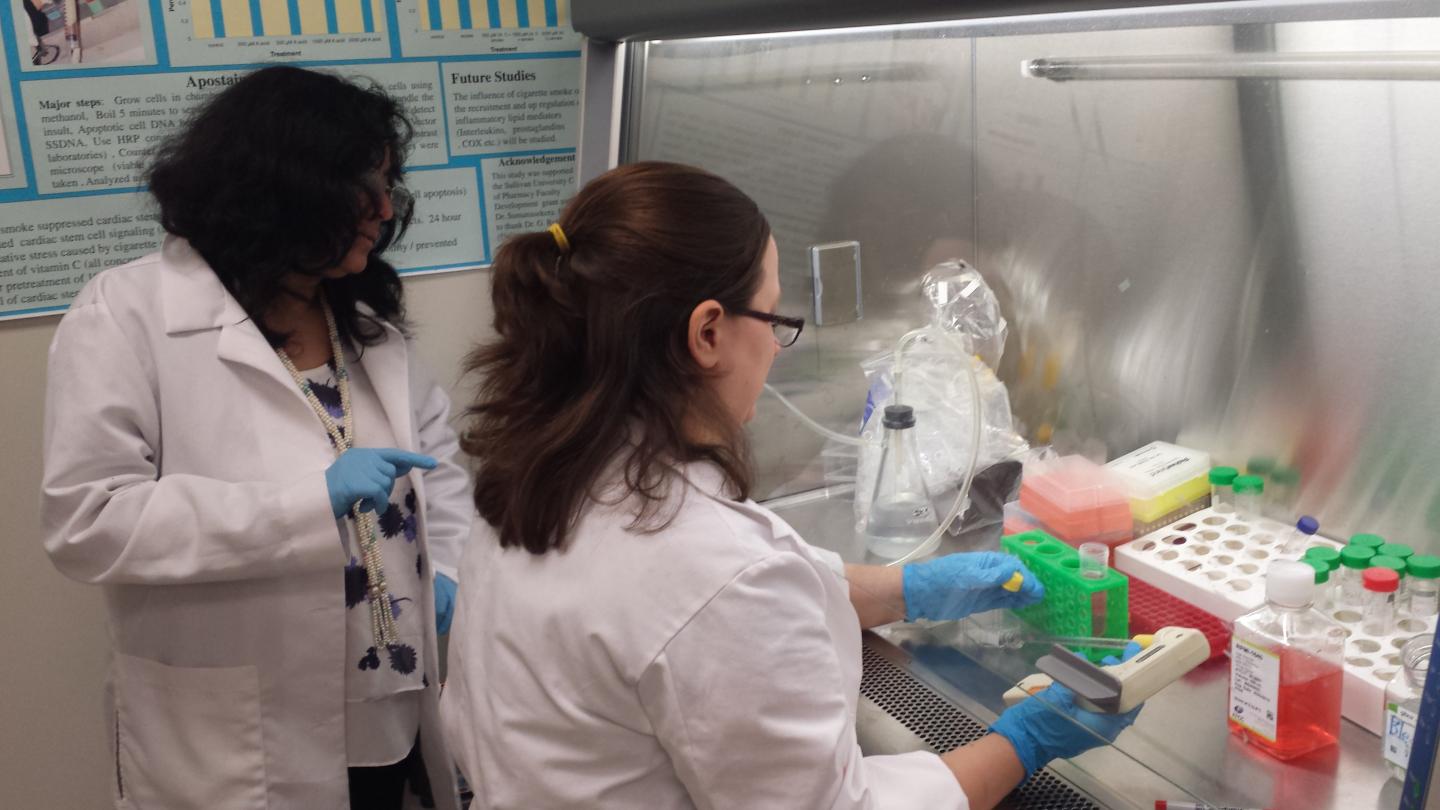 Results from some of the first studies to examine hemp’s ability to fight cancer show that it might one day be useful as plant-based treatment for ovarian cancer. Hemp is part of the same cannabis family as marijuana but doesn’t have any psychoactive properties or cause addiction.

Sara Biela and Chase Turner, graduate students in the lab of Wasana Sumanasekera at Sullivan University College of Pharmacy in Kentucky, will present new findings tied to hemp’s anti-cancer properties at the American Society for Biochemistry and Molecular Biology annual meeting during the 2018 Experimental Biology meeting to be held April 21-25 in San Diego.

Two new studies examined the therapeutic potential of an extract known as KY-hemp, which is produced from hemp grown in Kentucky. The plant strain, growing conditions and processing techniques were all optimized to produce an extract containing substances with potential therapeutic benefit and to eliminate any residue that could contaminate the product.

In one study, the researchers found that adding various doses of KY-hemp extract to cultured ovarian cells led to significant dose-dependent slowing of cell migration. This finding indicated that the extract might be useful for stopping or slowing down metastasis — the spreading of cancer to other parts of the body.

In a second study, the researchers explored the biology of KY-hemp’s protective effects against ovarian cancer, which they had observed in previous studies. Experiments with cultured ovarian cancer cells showed that KY-hemp slowed the secretion of the interleukin IL-1 beta. Interleukins produce inflammation that can be damaging and has been linked to cancer progression. The hemp-induced slowing of IL-1 β secretion represents a possible biological mechanism responsible for KY-hemp’s anti-cancer effects.

“Our findings from this research as well as prior research show that KY hemp slows ovarian cancer comparable to or even better than the current ovarian cancer drug Cisplatin,” said Turner. “Since Cisplatin exhibits high toxicity, we anticipate that hemp would carry less side effects. However, that needed to be tested in the future.”

The researchers plan to test the extract in mice after they complete additional studies in cultured cancer cells to learn more about how it leads to cancer cell death.