In 2001, the DEA issued new rules to ban hemp foods despite the fact that Congress had exempted them in the Controlled Substances Act. The HIA, Dr. Bronner’s, Nutiva and other plaintiffs went to the 9th Circuit Court of Appeals to challenge the illogical rules and won a victory. This ruling prohibited DEA from treating legal hemp products as controlled substances and helped the burgeoning hemp foods market to take off.

Despite this victory and the clear order from the court prohibiting DEA from enforcing the rules, DEA has continued to put out incorrect and confusing information advising the media and state officials that hemp foods are still illegal if they are intended for human consumption!

Today the HIA filed a motion with the court to ask that DEA be found in contempt for refusing the follow the courts order. You can read the filing here. 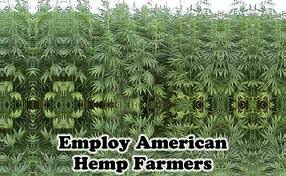 Industrial hemp was once a dominant crop on the American landscape. This hardy and renewable resource was refined for various industrial applications, including paper, textiles, and cordage. Unfortunately hemp was conflated with marijuana but hemp can&amp;#039;t be used as a drug.

Over time, the use of industrial hemp has evolved into an even greater variety of products, including health foods, body care, clothing, auto parts, construction materials, biofuels, plastic composites and more.

Farmers in Europe, Canada and China all grow hemp and over $600 million in imported hemp products were sold in the USA in 2016. Congress has 2 bipartisan bills which would bring back hemp farming and create rural jobs. We request that President Trump work with Congress to pass hemp legislation in 2017 – Sign This PetitionSign This Petition